I’ve been asked recently about my method of writing by a few beginning novelists. Instead of scrambling to answer them with verbal pointers they won’t remember, here’s a run down of what I’ve discovered works for me.* They’re a far cry from Rita Skeeter’s magic quill, but hopefully these will make your life easier.

I start with the Snowflake Method, which you can read about here. The big idea is to create design documents behind your story, just like you would for a big work project. How might one keep track of all these design documents? I use Scrivener, and have created a template in Scrivener just for the Snowflake method. If you would like to use it, I’ll happily share it with you. Just leave a comment or email me. 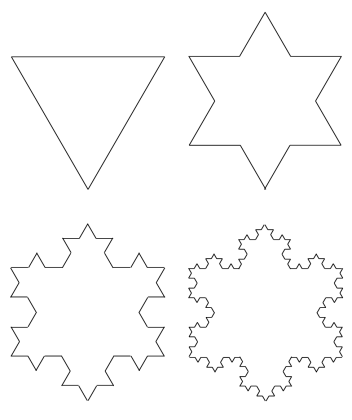 One tweak I made to the Snowflake method is I replaced Step 8 with the Phase Drafting method. You can read about that here. The big idea is to divide your story up into phases: single sentences that represent about 200-400 words worth of your story. That way, when it comes time to write, you will have a one sentence prompt telling you what’s next to keep you on track. This is the most fun part of outlining for me.

A recent addition to my writing method has included Aeon Timeline. This neat little tool not only syncs with Scrivener, but helps me lay out my Phase Draft in a way that lets me see if there are any problems. I was hesitant at first to adopt a timeline into my process. It seemed like an unnecessary but fun feature that let me bask in the glow of my own ideas but didn’t help me to write better. But after constructing my first thorough timeline, I realized my dates were off. Some of my characters weren’t born until after their scenes, and others couldn’t possibly be the ages I set for them in the book.

Getting Aeon Timeline to sync with Scrivener was a complicated ordeal and I’m still working out the kinks. So I’ve put together a list of things I wish I had known before I started. You can see that at the bottom of this post.

Once all my outlining is done {which usually takes 2-3 months}, my phases are ready to go, and I’ve fixed any problems with my timeline, I begin writing the first draft. I usually jump on board the next NaNoWriMo event to do this. NaNoWriMo is a large group of writers coming together online to encourage each other to write a book in one month. That may seem daunting, but it’s doable, especially if you’ve done your homework and created all your design documents. The biggest event is in November and is the most heavily attended. But since I don’t always want to wait for November to write my first draft, I sometimes do Camp NaNoWriMo, which is the same thing, just held during April and July.

Printing off my Phase Drafts and putting Scrivener into full screen mode really helps. I found a neat tutorial here for setting your full screen writing mode to a serene backdrop that eliminates all distractions on the screen. I use a black and white background image with mostly white in the writing area and fade the paper away completely so it looks like I’m typing on the image itself.

After my first draft is done, I take time away from it. I didn’t used to. It’s all too tempting to look at your shiny new draft and think “I want to keep going.” But your edits will be far more productive if you give yourself at least two weeks if not a whole month off. You could start snow flaking your next story while you wait if you have itchy fingers.

For my second draft, I create a separate folder in Scrivener marked “second draft” and give it a different colored icon in the binder. Then I use split screen mode to see the first draft on the right and the second, blank draft on the left. This lets me reference the first draft quickly while writing the second draft. Some people print off their first draft and mark corrections with a pen. But I know there will be so many changes to my first draft that I couldn’t possibly mark them all. The second draft is not for correcting spelling or grammar. Those are small things. I try to look at the big picture and deal with plot holes, which scenes should be deleted, if a character’s actions/words fit their personality, etc.

For my third draft, I’m usually ready to nit-pick so I print it off, double spaced and single sided, and get out my red pen. This is usually a fun part because I try to read it as if I’m reading a finished book for pleasure. It helps me take a step back from being a writer and see things through the eyes of my audience. I don’t think too hard about each sentence or word choice and only mark the things that jump out at me. Sometimes I skip doing this step with the first ten pages, because I usually end up doing a separate edit focused on only them. Beginnings are very important. I might spend twice as much time on the first ten pages as I do on the rest of the story, and probably as much thought goes into the first sentence.

After the third draft, I might experiment with different scenes, changing things here and there. I may try on a different voice, different tense or point of view for a scene. This is about the point where I start to realize that my story has come into its own and is ready for beta readers. When I find myself tinkering without actually changing much, it’s time to move on. If I have dedicated beta readers willing to read the entire book, I will send it to them and let them wail on its weaknesses to their hearts content. But if I know they’re not likely to sit down and read an entire book, I will pick out the places I’m not sure about and ask specific questions {Are this character’s actions realistic? Do the first five pages make you want to read more? Are there any annoying words I use too much?} I give my beta readers a short time to get back to me, then weigh their feedback and decide what needs to be changed.

My fourth draft is usually the final one. For this, I export everything from the third draft to Microsoft Word, then do a find for all my crutch words {the bad habits I have in writing}. I struggle with passive voice a lot, so I search for any instance of “was, that, have to” and see if I can replace them with anything better. I incorporate my Beta Reader’s feedback, then call it ready to submit for publication.

Submission is an entirely different process which I hope to detail in a future post. Hint: it’s fun and draws from the very first step of the Snowflake method as the basis for forming a pitch.

*Not every method works for everyone. I challenge you to be creative and tweak these tools to make them work for you.

This site uses Akismet to reduce spam. Learn how your comment data is processed.

Ramblings from the desk of the Script Doctor

Donald on Dining in and Out.

Life is just a story. And I've got a pen.

Inside the mind of an immigrant

Shank You Very Much
Surabhi Sharma

Writing - Loving What I Do and Doing What I Love!

The blog of author Betsy Kerekes

Why Sleep When There Are Still Books to Read